It's been quite some time since I last wrote about anything in great depth, which is partly due to the fact that I don’t feel like I've accomplished anything particularly meaningful in the past few months. The truth of the matter is that I was disappointed in the direction in which my climbing was taking me, as my focus began to drift away from the reason in which I had started climbing in the first place. It had lost its sense of playfulness, and instead I came to associate it with a more pressurized environment.  My climbing performance became a way in which I tracked my self-worth. I put pressure on myself to push my own limits and expected a corresponding spike in my own ability, whether in competition or on rock. Not only did I not see a spike in ability, but I actually felt I performed worse under pressure: the opposite of what I had hoped for. Even though I didn't want to put pressure on myself in the first place, my own expectations destroyed me time and time again.

I believe that this thread of disappointment wormed its way into my consciousness as I began to focus more and more on competition climbing. I set a goal for myself to be more engaged in the competition scene this year, and I succeeded. I did as many competitions as I could and I really enjoyed some of them. On many occasions, however, I let this self-inflicted pressure get to me, which ultimately left me a bundle of nerves. The only way in which I can expect these results is to relax into the environment and to let things flow as they should. When you strip away the layers of self-imposed expectation, all you are left with is a clear and empty mind, free to enjoy what it is that you are so passionate about. This is what I must focus on in the future.

I've always naturally been suited to the outdoors. Everything is a lot simpler out in nature: there is no pressure, and the objective is a lot clearer and more inspiring. Unfortunately, this year, I was unable to get out as much as I would have liked, and so a lot of my projects remained unfinished. I’d come close to a few, very close to others, and on some, I’d been able to do all of the individual moves but hadn't been back to link them together. This really frustrated me. I felt I was on the verge of doing a lot of these boulder problems but hadn't been able to finish them off due to bad timing or bad conditions.

Spawning from my frustration with having the time or conditions to go out and try my projects, I decided that my training would focus wholly on one goal: completing Toy Boy (8A+), my project from last summer.

Last summer was a big turning point for my climbing. It was my first bouldering trip abroad, and it was the first time I was going away for two months by myself. I stayed in a little campsite in the North of Italy, which is located on the south side of the Ticino region in a narrow valley called Val Masino. By the end of the first month, I was still trying to sample as many of the boulders as I could, running from area to area with three or four crash pads, trying to find something special lurking among the dense forests surrounding the valley. In retrospect, I really had no idea what I was looking for. I had seen a few videos of this one problem called Toy Boy that had recently been cleaned and established, and it was far greater than anything I had pictured. When I finally came across this boulder, nestled among some of the larger boulders in a quiet niche of the valley, I was instantly hooked. It was something so different from the other boulders I had tried, and I immediately threw myself into the process of working the line, not knowing that this process would take over a year's worth of effort. I continued to work the line for the three remaining weeks of my trip. Eventually, my forearms began to lose considerable strength: either the fatigue of camping for two months getting to me, or the lactic acid build-up in my forearms from working this line every day actually beginning to poison my muscles. The line was so long that it was basically a power endurance workout every day that I was over there. On my best attempts, I managed to link the problem up to the final moves, but I pumped out before the top.

On shorter problems, you have the opportunity to regain composure if you make a mistake, but on something as long and sustained as Toy Boy, once you make a mistake, it's nearly impossible to recover. It was definitely disappointing having to leave the valley, uncertain as to whether or not I would be returning any time soon. I allowed myself to become overly attached to the climb, which inevitably filled me with anxiety and pressure every time I pulled onto the starting holds. I knew that if I were to return, I would not only have to be physically fitter, but I would also have to bring along a different attitude. I decided to go back almost immediately upon my return to Ireland.

Ten months later, I began to do power endurance training: setting 4X4's on the 35 degree board at Gravity which mimicked the type of movement found on Toy Boy. I knew that I could do every move on the climb, so it was simply an endurance issue that I had to overcome. A few weeks before my trip, I started to train properly for the first time in my life. I designed a new program for myself and I stuck to it. In just three weeks I saw a dramatic improvement in my finger strength, going from being able to do a one-arm dead-hang on the small campus rung edge for 5 seconds to 9 seconds and being able to do a one-armer on the smallest crimp on the Beastmaker. This measurable improvement gave me a huge boost of confidence about my return to Italy, whereas before, I had doubted my readiness. Would I have to return home once more without anything to show for my efforts? I had to convince myself that I was going to do it.

Of course, as with any climbing goal, there was a significant prospect of failure and a significant chance of revisiting that frustrated and fatigued mental state with which I had become all too familiar. I understood from the beginning that this was a possibility, so I knew that I had to take my time and focus on  properly executing each move, one after the other. I arrived in Italy and immediately wanted to get to work. Unlike last year, this time my girlfriend Zoe was coming along with me. She reminded me that finding success on a climb doesn't necessarily mean the number of attempts you take, but the effort which you put into each attempt. I needed to focus on making every go count, as I usually only had about three or four good attempts in me before my body gave in. For me, a good attempt was reaching the last few holds, and I must have fallen on the last move of the climb about six times before I managed to hold it together all the way to the top. The bottom section was so involving, and required me to lock-off every move, that by the time I reached the top section, I'd be too pumped to carry on. This section required a strong mind as well as a strong body to execute each move. 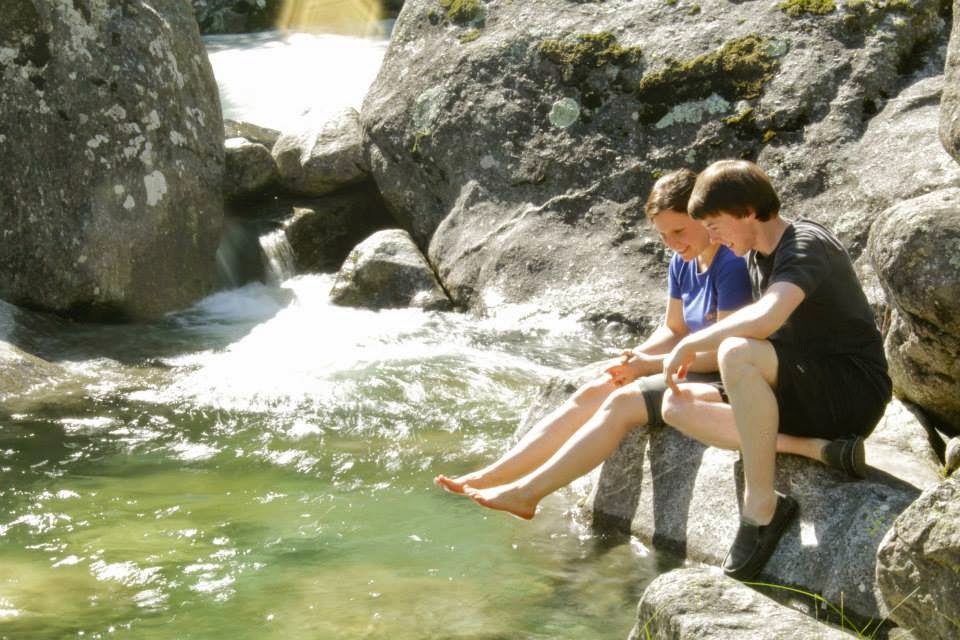 Unfortunately, the first day I went to try Toy Boy this summer, it rained. I had warmed up on the other boulders in the area, set up the pads to my liking, chalked and brushed up the holds, decided on the best spotting position with Zoe and was literally standing under the starting holds when it began to bucket down. I decided to wait a while in case the rain died down but it only proceeded to get heavier, thus we were forced to return to the campsite. On the second day, the day before I managed to send, I actually latched the top ledge and held it comfortably, but as soon as I went to move off of it, my fingers uncurled and I was off. The two times before that, I had fallen going for the final ledge, but for once, I did not get negative about my climbing. All I could do was smile as I knew in my heart and soul that one of those tries I'd climb it to the top and that the process would be over. It is usually only after a project is completed that you begin to appreciate what you learned throughout the process, but for some reason, I had already began to appreciate everything it had required of me.

I woke up pretty early on my third day in an effort to beat the sun to the boulder. I warmed up, the rock felt great, and that's all I could have asked for. I blanked my mind and pulled on. I didn't think about latching that final hold, all I thought about was executing each individual move perfectly. Not once did I have to readjust on a hold, and eventually I hit the top ledge. All I can remember from that burn was the last two moves, I have absolutely no recollection of how the moves before that went but I know I must have hit them perfectly. It was an ecstatic feeling, finally piecing together a sequence of moves that once felt impossible. I recall ease and fluidity, but I know from my seemingly endless amount of effort that my experience was the opposite of that. I was standing on top of my project feeling that I hadn't reached my limit just yet. After my introduction to climbing just over two years ago, I never thought I would reach this level in my climbing ability, and I feel like a whole new chapter opened up for me. I have learned so much from this experience, which is one that I know will feed my projecting mentality for many years to come.  The process began on the 13/7/2013 and I am happy to say that as of 1/7/2014, the battle is officially over and the process complete.

It is only now, after returning to Italy, that I realize why I train and why it is worth staying motivated during these times. As of now, I have decided to focus my efforts on outdoor climbing for the coming year. Not to say that I won't compete this year, but that I feel I owe it to myself to see how far this momentum will take me. Toy Boy became the most mentally challenging problem I have ever been faced with and to finally overcome that challenge with my girlfriend watching, someone who heavily influenced my fascination in the sport when I first started, was and will certainly remain a highlight of my climbing life.